The United States Department of Agriculture is prepared to further cement the ability of US importers to obtain pangasius from Vietnam .

The department 's Food Safety and Inspection Service (FSIS) announced Friday, in its Constituents Update, that it has completed the on-site inspections in Vietnam, China and Thailand necessary to deem the food safety measures employed by those countries on siluriformes -- the family of fish in which pangasius is included along with domestic catfish – to be equivalent to those used in the US.

As soon as Monday the agency is expected to make public separate proposals to grant eligibility to the fish from all three nations. Once published in the Federal Register, later next week, comment periods will remain open for 30 days.

The US import of pangasius from Vietnam, China and Thailand has not stopped since USDA took over the authority to maintain the safety of the fish from the US Food and Drug Administration in September 2017, due to changes made by Congress, as FSIS has allowed shipments to continue while it investigated.

But equivalency was never guaranteed and passing FSIS’ on-site inspections was by far the most significant step in the approval process.

FSIS terminated the ability of 11 other countries, including Guyana, Nigeria, Pakistan, Myanmar, Bangladesh, El Salvador, the Dominican Republic, Canada, Mexico and the Gambia, to send their pangasius to the US in March after reviewing how the countries filled out self-reporting tools.

The price of pangasius has increased, however, reaching $3.20 for a kilo of fillet in Ho Chi Minh City in August compared to $2.55 per kilo in August 2017. This as a lack of quality fingerlings for stocking mean the short and long-term future market for the fish is unclear. 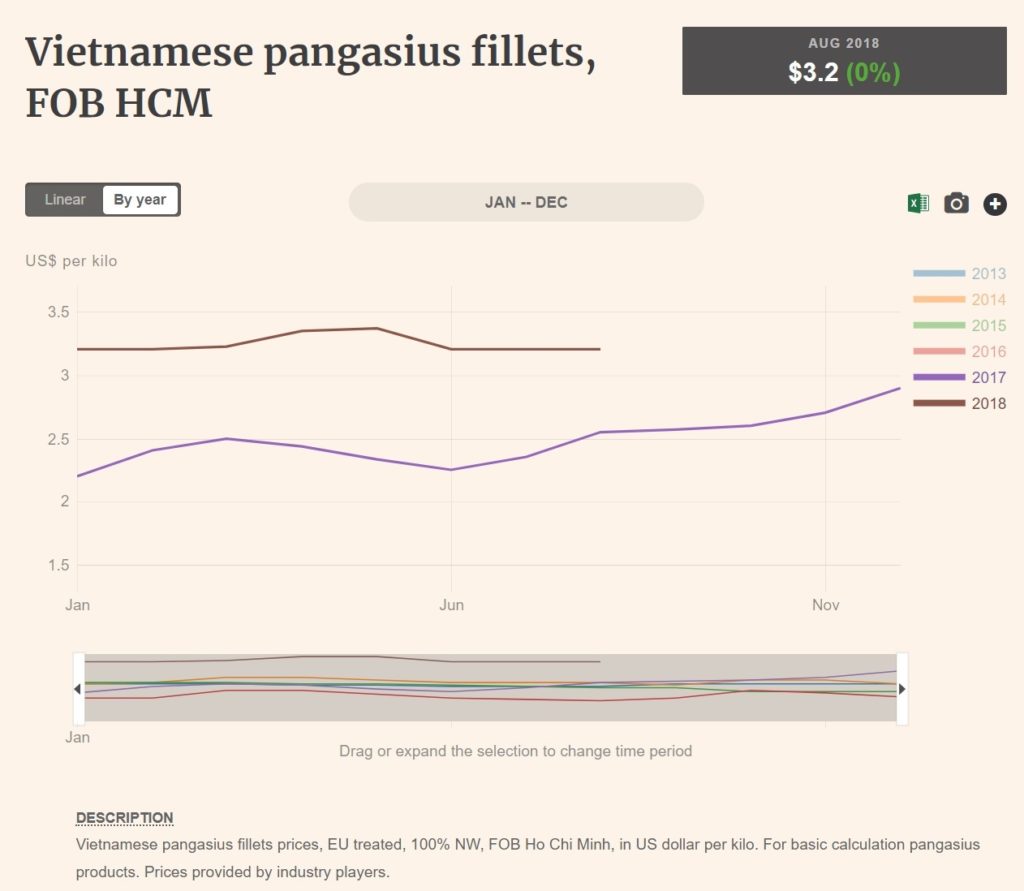