The Lobster Council of Canada is investigating whether exporters are sending US live lobster to China labeled as Canadian lobster, in order to avoid China’s 25% tariffs, Undercurrent News can reveal.

Geoff Irvine, executive director of the council, told Undercurrent so far he doesn’t know for sure such transshipments are taking place, but he’s concerned and plans to warn his group’s members against the behavior.

"We are very proud of our brand and we don't want any other lobster to be sold under that brand."

Transshipment of US lobster to China via Canada has appeared a risk ever since the Chinese government, on July 6, slapped tariffs of 25% on some $32 billion worth of US goods, including lobsters, soybeans, squid, crab salmon and multiple other items. The tariffs -- China’s second round against US imports and in implemented retaliation to tariffs by US president Donald Trump on Chinese goods of the same value -- mean direct import of US lobster is "off the table" in China, as one US live lobster exporter put it. 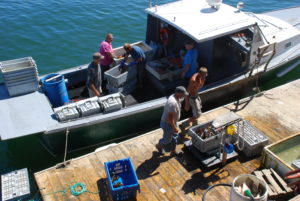 But, if companies are indeed involved it would only be a matter of time before somebody gets caught, a seafood executive based in Canada, who requested anonymity, told Undercurrent.

The lobster world is small and when a couple dozen employees at one Canadian company notice a large shipment of US lobsters coming in one day and going out to China the next day, people in the industry hear about it, he said.

A US-based source, who also wished to be unnamed, was emphatic: “There's plenty of that [transshipment] going on. It’s a 25% tariff; there's a big incentive. People could come down in pickup trucks to Maine and take the lobsters to Montreal or Toronto where it can be shipped by airfreight," he said, although he conceded he’d not seen it first-hand.

The US’ neighbor to the north is a large processing hub for its live lobster, anyway.

Primarily used to produce tails and meat, US lobster is often shipped to Canada, processed, packed and labeled by Canadian companies, and then sold either domestically or -- as is more often the case -- re-exported back to the US.

August drop will be bigger

A would-be driving force for transshipment is a potentially large gap in the Chinese market for live lobster thanks to the new punitive Chinese tariffs.

In July 2018, the US exported 244.6 metric tons of live lobster to China worth $4.12 million, down 29% in volume and value compared to July 2017, according to data from the National Oceanic and Atmospheric Administration (NOAA).

While by no means a smoking gun to make the case that transshipments are happening, in the same month US exports to China dropped, the US sent 4,845t of live lobster to Canada worth $48.7m, up 137% in volume and 140% in value compared with July 2017 exports, according to NOAA.

Increased shipments to Canada allowed the US lobster industry to grow its exports of live lobster in July 2018 to 5,847t worth $64.9m, an improvement of 74% in volume and 52% in value over the July 2017 figures.

Other markets also took more US lobster in July 2018 than July 2017, including Singapore, Taiwan, Thailand, and Hong Kong, though the US sent less lobster, y-o-y, to Belgium, France, South Korea and Vietnam.

The drop in exports from the US to China in the month of August -- the first full month under the tariffs -- will no doubt look worse, suggests Stephanie Ladeau, whose firm Lobster Company, in Arundel, Maine, exports $10m worth of live lobster to China in a normal year.

“Since July 5 I've shipped seven or eight small orders. We'd probably ship about 100 in that period," she said. "If they took out the first week in July [from the trade data], it would be down a lot more. There was a rush of shipping in the first week."

"Based on what my freight forwarder tells me, I'd say it's down by about 90%."

She said Chinese customers had previously told her they would instead buy lobster from Canada, due to the additional tariffs.

John Norton -- the founder and president of Cozy Harbor Seafood, one of Maine’s largest lobster processors -- recently offered a different explanation to the Bangor Daily News for the surge in US exports to Canada. He said lobsters off the coast of Maine had an earlier shed this year, resulting in stronger than usual catches in June and July.

The early volume of "new-shell" lobsters by his suppliers was up 18%, he reported, while pointing to the 25 to 35 cents per pound (9%) higher dock prices as potentially influencing the behavior.

Indeed, Maine's typical July start to harvesting is one of the many differences between the US and Canadian lobster industries -- and one of the reasons for the close relationship over the years.

US harvesters in Maine -- the state that produces roughly 90% of all US lobster -- are permitted to fish all year, but do the heaviest amount of their fishing between July and November (see graph). 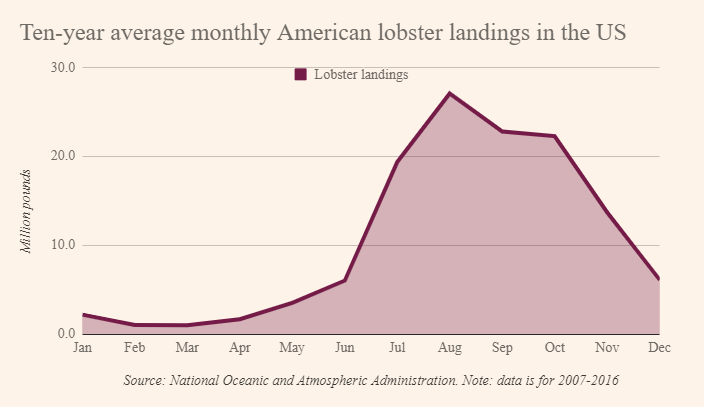 Canada, by contrast, really kicks off its lobster harvesting on the last Monday of November, a date referred to as "dumping day", when its two largest fishing zones off the coast of Nova Scotia (lobster fishing areas 33 and 34) begin their months-long seasons. Several dozen other LFAs kick off seasons in the following spring and just a few continue to operate into the early fall.

Thus, to avoid Canadian processing plants lying idle, Canada imports a large amount of lobster from the US during late summer and fall, while some live shipments go the other way during the low season in the US.

But despite the large volumes headed to Canada, another Canadian source notes the differences between US and Canadian product. While Maine's lobsters are mostly new-shell, lobsters caught in Canada are most often "hard-shell”; unlike a recently-molted new-shell, a hard-shell lobster has had longer to grow into its new clothing, so it tends to be denser with meat and contain less water.

Hard-shell lobsters are better for live export, as they are more equipped to survive a long trip, industry sources say.

"Canadian lobster at this time of year is hard-shell, fully meated, high-protein lobster,” said one Canadian lobster seller. “US lobster is post-malt, firm-shell, low protein, low meat-yield. It's not the same product, even though, from a scientific viewpoint, they're both Homarus americanus."

Canadian lobster exporters maintain much of their hard-shell inventory for live export in coldwater tanks through October, too, the source added. Canada had 20m lbs of “quality hard-shell” lobster stocked away in cold water storage in late July, one source recently told Undercurrent.

But, despite Canada's hard-shell lobsters for live export and the presence of large storage tanks in the country, US lobster has made headway in Chinese markets.

Indeed, historical trade data shows China's imports of live US lobster typically peak in the late summer and fall (see graph), even despite landings being almost all of new-shell lobster. 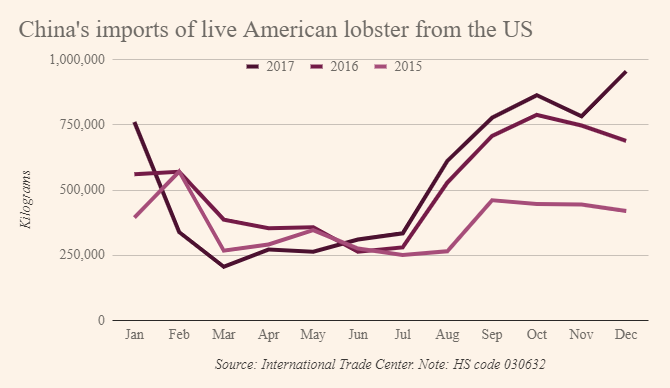 According to industry sources, US exporters have achieved this by sending the best 30% or so of their new shell creatures overseas, compensating for the difficulty new shell lobsters have in surviving long trips.

The US also has transportation options close to Maine, with major commercials flights leaving Boston, Massachusetts, and New York City, New York, for Asia on a daily basis, although Canada’s lobster industry has recently answered this challenge by working with freight forwarders to arrange for no less than three direct cargo flights per week from Halifax, Nova Scotia, to Changsha, China, and two to Seoul, South Korea.

During a recent visit to China, Undercurrent noted live lobsters were being offered at a discount at south China's largest wholesale market in Guangzhou, despite the 25% tariffs. At an upmarket seafood restaurant in the center of Guangzhou, lobster labeled as Canadian lobster was also being sold at a discount.

Seafood Guide, a Chinese industry publication, reported prices for lobster in Guangzhou and Shanghai are "stable", although prices in Beijing have jumped lately (see prices table). Commenters on a recent story published by Seafood Guide on WeChat described recent lobster prices in China as cheap, however.

In relation to “fish, shellfish or other marine life taken from the sea” it goes to the origin of the “vessels registered or recorded with that country and flying its flag”.

Both the Canadian Food Inspection Agency and the Canada Border Services Agency are both capable of catching transshipments, a type of customs fraud, sources said. China’s import authorities, too.

But such a focus on North American lobster is new for everyone involved, said Undercurrent’s Canadian source. There previously were few “economic consequences” for identifying a lobster as being from Canada or the US, so compliance with requirements has been “loosey-goosey,” he said.

"We all have made assumptions as to what is lawful and what isn't, but what we all thought was lawful may not be correct," the exec said.

Similarly, while there are many examples of Asian companies attempting to hide products’ true countries of origin in an attempt to get them into the US, it’s difficult to find any examples of Canadian or Chinese authorities cracking down on the transshipment of US products.

Undercurrent’s US source reckons Canadian authorities haven't yet got a hold on the lobster situation.

"What's the incentive to stop it?” he said. “It's creating more tax revenues, jobs, etc. etc. The tariffs are an early Christmas present for the Canadians."

Adams Lee, a long-time trade attorney with the large, international firm Harris Bricken, in an email to Undercurrent, warned identifying US lobster as Canadian in exports to China is an example of customs fraud, but he added that it might not be getting much attention from the different enforcement agencies.

“Theoretically, such a scheme could be subject to investigation/prosecution by the customs authorities in the US, Canada, and China, as they all have provisions that grant them the authority to prevent customs fraud,” Lee said. “However, the customs and border protection authorities (at least US and Canada) usually prioritize their efforts to protecting the border from illegal immigrants, and efforts to combat illegal trade schemes usually get lesser resources.” 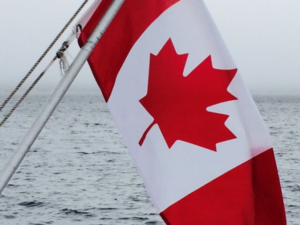 The Canada Border Services Agency (CBSA) also can and has investigated customs fraud cases involving misclassified imports and duty evasion cases, he said. But CBSA has not been as active as the US agency.

Both CBP and CBSA maintain email/ phone numbers at which anyone can send information to report allegations of customs fraud. The allegations can come from internally within the company (e.g., ex-employee who reports wrong-doing at company) or from competitors (one company reports information of wrongdoing by competitor based on customer’s explanation). And such whistle-blower allegations could result in a government investigation with the party that provided information receiving part of any settlement as a whistle-blower reward.

The Canadian source identified four groups that would be hurt by transshipment and possibly motivated to action should it be detected: the Chinese government not getting the tariff; Chinese consumers who think they are paying for Canadian lobster; the Canadian lobster industry that is having its brand damaged; and Canadian live lobster exporters who’ve been playing by the rules.

"Any company that has been following the rules would be extremely offended to the extent that another company is sending US lobsters to mainland China without paying the tariff," the Canadian executive said.